German police on Thursday said they have arrested a Russian football hooligan wanted for the “attempted homicide” of an England supporter in Euro 2016 fan violence, that Russian President Vladimir Putin had sought to play down.

Police said they detained the wanted man on his arrival at Munich airport en route to Bilbao, where the 31-year-old was travelling for a European League match.

The suspect, who was not named by police, risks up to 15 years in jail in France for attempted homicide and grievous bodily harm.

Separately, the Russian embassy in Germany confirmed that a man born in 1986 in Moscow has been detained.

The arrest came just months before Russia hosts the World Cup from June 14 to July 15, with fears running high of a repeat of the 2016 rampage by Russian hooligans that erupted in the French port city of Marseille.

Scenes of the street battles ahead of the Russia-England match in Marseille on June 11, 2016 shocked the world and marred the tournament.

French authorities had for months been seeking the suspect, who along with several other Russian hooligans is accused of attacking 51-year-old England fan Andrew Bache.

Bache was left paralysed on the left-hand side of his body after being hit around the head with an iron bar.

After months of work with British police to identify the perpetrators of the assault against Bache, French authorities issued an arrest warrant for the Russian suspect in December 2017.

France jailed three Russians and deported more than 20 others over the violence, and Russia was formally warned by UEFA that it would be thrown out of Euro 2016 over the rampage.

Putin had then sought to minimise the violence, drawing laughter from the crowd at an economic forum as he questioned “how 200 of our fans could beat up several thousand English”.

But as Russia gears up to host the World Cup, hooliganism experts say Russia’s powerful FSB security service has cracked down hard on football gangs and blacklisted many of their leaders in the run-up.

The Russian government’s official plan is to force both foreign and domestic supporters to undergo background checks before receiving a special Fan ID card required to purchase match tickets.

Russian law enforcement agents were also working with their counterparts from England and other countries to determine which fans were safe, said a Russian source, adding that the final decision on who gets to attend the matches will be made by the Russian security services. 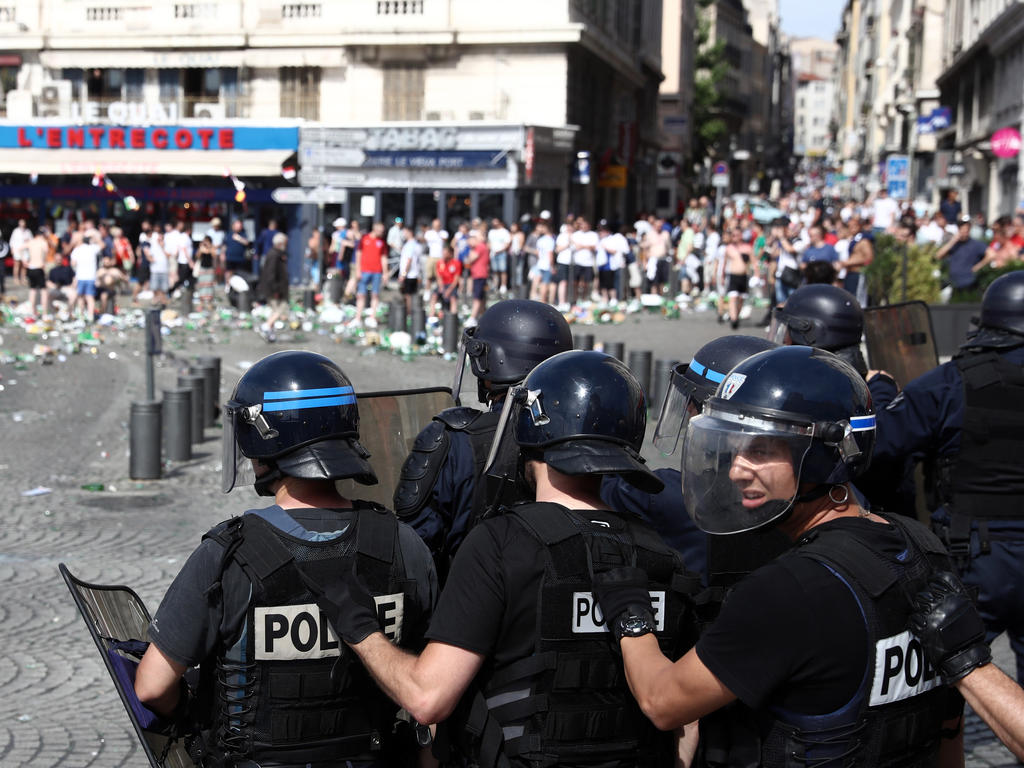