‘Worst feeling in the world’

England captain Harry Kane admitted his side’s penalty shoot-out defeat in the Euro 2020 final against Italy on Sunday was “the worst feeling in the world”.

Along with Harry Maguire, Kane was one of only two England players to score from the spot as Italy won the shoot-out 3-2 after a 1-1 draw following extra time at Wembley.

Marcus Rashford, Jadon Sancho and Bukayo Saka all missed their penalties, leaving England to rue a wasted opportunity to win their first major trophy since the 1966 World Cup.

“Penalties is the worst feeling in the world when you lose,” Kane told ITV.

“Anyone can miss a penalty. Penalties is penalties. We went through a process. The boys did everything they could, it just wasn’t our night.”

Luke Shaw had given England a dream start when he scored in the second minute.

But the fastest goal in Euro final history couldn’t inspire England to victory as they gradually allowed Italy back into the match.

Leonardo Bonucci equalised in the second half, setting the stage for England’s latest penalty horror after decades of past shoot-out defeats.

Tottenham striker Kane conceded England had played into Italy’s hands by adopting a cautious approach in a failed bid to preserve their lead.

“We were playing against a very good side. We got off to the perfect start. Maybe dropped a little too deep sometimes. They had a lot of the ball,” Kane said.

“We looked fairly in control, they didn’t create too many chances. They got their breakthrough from the set-piece and after that was 50-50.”

After reaching their first European Championship final in an uplifting run to their first major title match since the 1966 World Cup, Kane insisted England would bounce back from the agonising loss.

“We win together, we lose together. We’ll learn and grow from it. Those boys will grow from it and it will give us more motivation for the World Cup next year,” he said.

“You’ve got to hold your heads high. It’s been a fantastic tournament.”

‘Worst feeling in the world’ 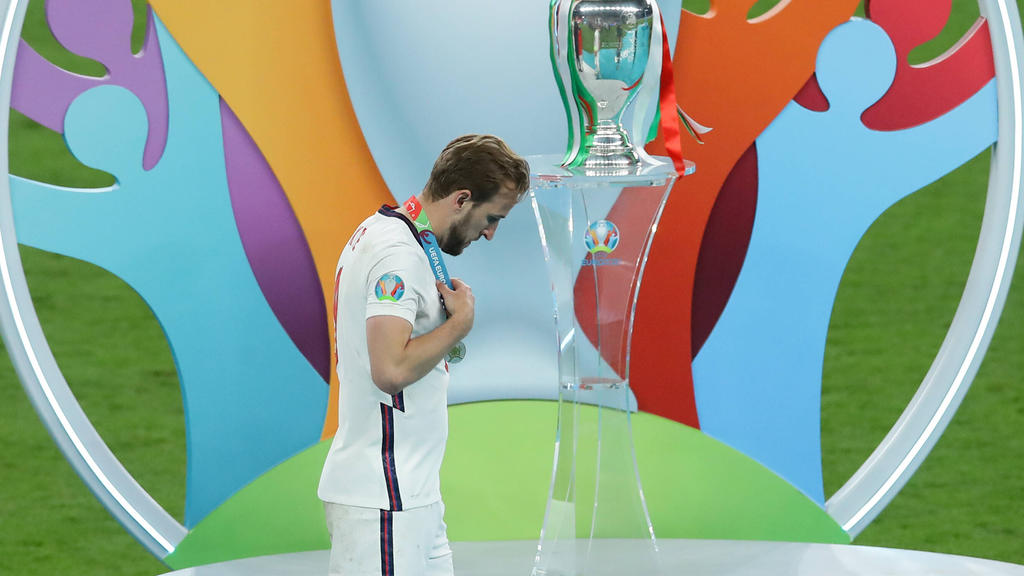