UEFA announced on Friday it had launched an investigation into “potential discriminatory incidents” during Germany’s 2-2 draw with Hungary which was overshadowed by a row over a new Hungarian anti-LGBTQ law.

European football’s governing body did not specify in its statement what incidents were being investigated during the Euro 2020 match in Munich, which finished with the Germans qualifying for the last 16 and Hungary going out of the competition.

However a UEFA spokesperson told AFP that the probe regards “incidents and behaviour in the stands”.

German daily Bild reported that Hungary supporters — who are already being investigated for monkey chants during their team’s 1-1 draw with France in Budapest — directed anti-gay chants at Germany fans before kick-off on Wednesday.

An AFP journalist saw fans of both teams, including a German wearing rainbow colours, locked in angry exchanges which led to police intervening.

The match build-up had been dominated by UEFA’s refusal to allow the city of Munich to light the Allianz Arena in rainbow colours in solidarity with Hungary’s LGBTQ community.

UEFA and the government of Hungary came under a hail of criticism after Budapest’s new anti-LGBTQ law and the football body’s refusal to light the Munich stadium.

Fans came to the game in rainbow colours, and one Germany supporter invaded the pitch with a rainbow flag during the Hungarian national anthem. 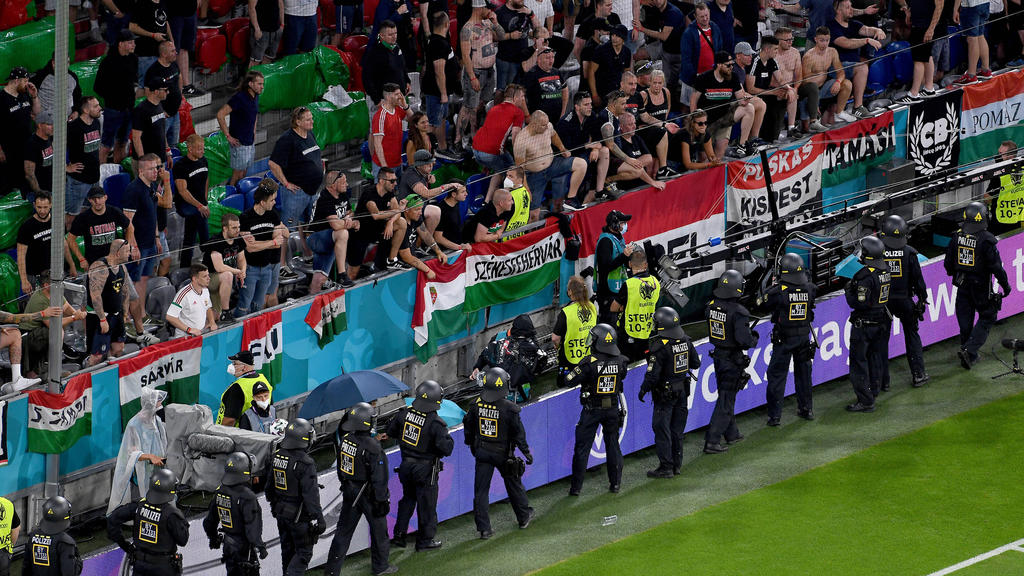