Moscow has closed its Euro 2020 fan zone and banned gatherings of more than 1,000 because of a spike in Covid-19 cases, the mayor of the Russian capital said on Friday.

“I didn’t want to do this, but we have to,” Sergei Sobyanin wrote on his website a day after saying that cases in Moscow had nearly tripled in just days.

“Starting today, we will limit mass events to a maximum of 1,000 people.”

“We are temporarily stopping all mass entertainment events and we’ll also have to close dance halls and fan zones,” he wrote, referring to the Euro 2020 fan zone outside of the Luzhniki stadium in Moscow.

On Thursday Sobyanin said that cases in Moscow, the metropolis of 12 million that’s been the epicentre of the Covid-19 pandemic in Russia, soared from 3,000 to 7,000 within a few days and were expected to hit more than 9,000 on Friday.

“It’s tripling, there’s an enormous dynamic that we have not seen during the previous waves,” Sobyanin said during a video conference, adding that new variants were likely to blame.

On Wednesday, Sobyanin had ordered mandatory vaccinations of all service industry workers in Moscow and last weekend announced a “non-working” week in the capital.

Russia’s second city of Saint Petersburg, the country’s worst Covid hotspot after Moscow, is hosting seven Euro 2020 matches — including a quarter-final — and is expected to see thousands of football fans from Europe.

On Monday, Saint Petersburg also announced a tightening of restrictions, including no food sales in its fan zones. 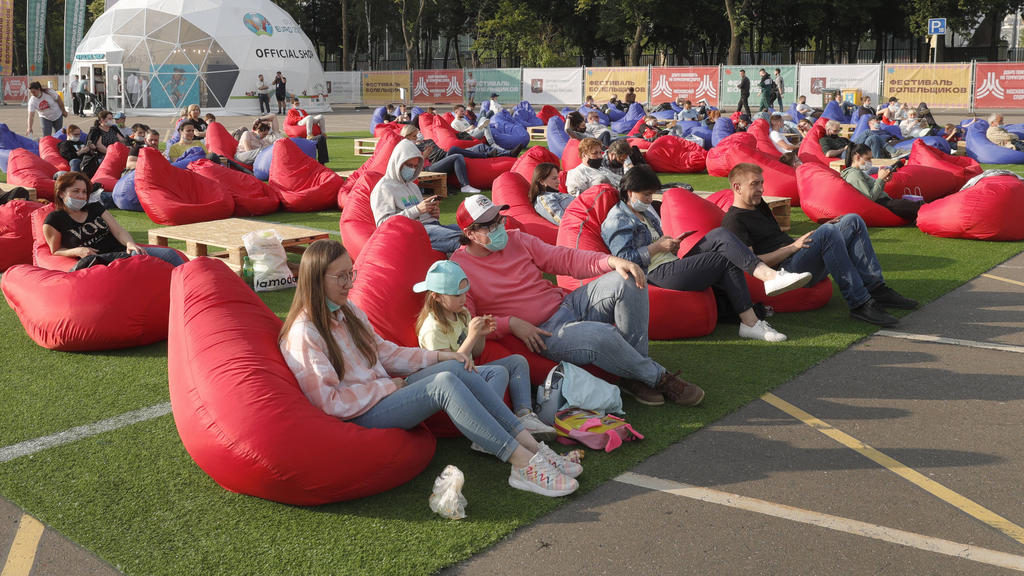